Good morning. This is me. We’re just going to write a short note before getting to work … the work at home work. We’ve been working hard over the last couple of days on the sewing and have progressed the situation pretty well.

We haven’t heard anything new with the Maury situation so we’ll hold there. I was thinking I would make calls yesterday, but I didn’t get to it. I should have called my mother, sister and son. I did get to the sewing did I mention that? At this point, the top is done it is sandwiched together and we’re like 40% done with the tying. We’ll insert here a few pictures.

You can see that it is coming along, right? 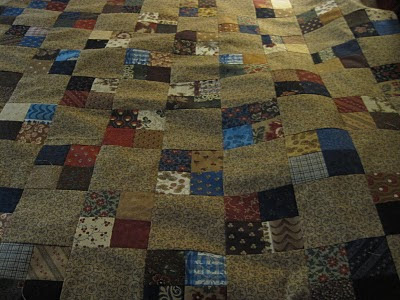 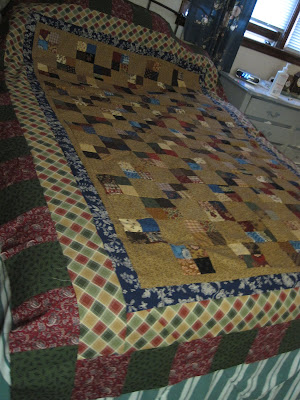 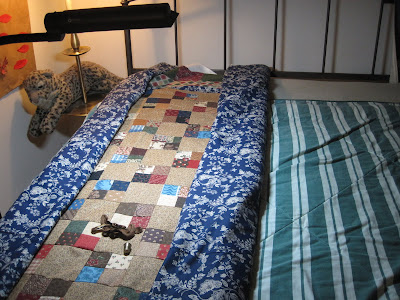 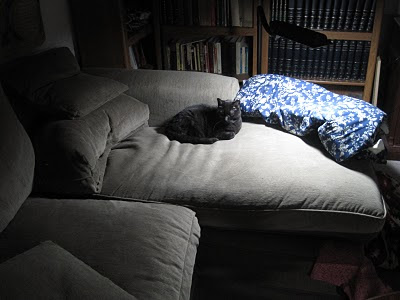 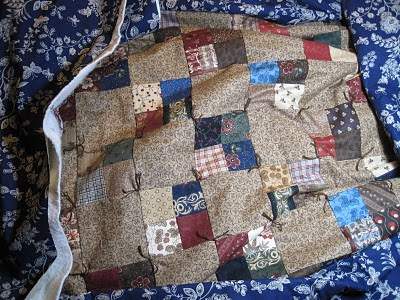 People in the olden days must have really put a lot of effort into these things … I could see a group of women tying a blanket together, but it would take a nice size group and they’d have to put in a lot of time on it. I told Rich yesterday this was the old fashioned kind of quilting before women had $7000 to put down on a fancy machine. He sorta liked that idea … went on about tradition or something. Yah right!

Ok, we’re going to leave this for now. Rich just left … he’s going into St. Rose, and then he’s stopping by here for lunch, and then going to pick up money at one of his jobs, and then he may or may not go out to dinner with his son. Hard to tell what the son has scheduled for the night.

Maybe the first thing is to bring up the work site. Then go on from there … I have in mind that I want to put in the day on finishing those annuals proper. I would really like to get that project off the desk. I will glance at things though to make sure I’ve got other bases covered.
Posted by Ann Marie at 5:43 AM