Ok, decidedly this one is short - It is from Wednesday four days ago 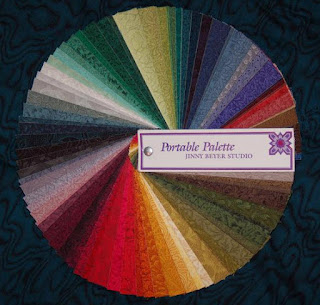 Cool  cool – today is 12-12-12.  Love it!  We will have to look for special things happening today.  Right now about the most exciting is that there is a load of laundry in the washer.  It is now about 10 AM and the clothes need to be switched over at 10:35 AM.  We’re good to go too on taking garbage down.  I don’t know if Rich will be going out or not, but we’re thinking he’s in for a while.  He does have the fishy Christmas party tonight – so eventually he’ll get out, but don’t really want to wait for that with the garbage.  I know … we just run like that.

We’ve picked up the living room mostly … we have one blanket to fold and we need to vacuum.  We still have out the ironing board and the fabric bin, but we’re going to let that slide for now.  We also unloaded the clean dishes and cleared of the kitchen counter while wiping it down.  WooHOO … that counts about like having the whole kitchen done.  We STILL haven’t gotten done with our bigger sewing table, but I know we got the rings done in my mother’s quilt while it was in that shape.  I don’t think it’s real bad – just right now anything seems to be a challenge.  Trying not to weight those challenges down – just haven’t quite gotten to them yet.  We’re playing with now household and blog writing and trying to balance out the times we can stand or need a rest.  I’m thinking in about 10 minutes we should make the bed.  That be a good deal.  Ok 9 min.

We talked to Linda this morning for just over an hour.  She is still working through her Christmas shopping list.  I’m pretty sure she’s going to want to get some sewing done today too, but she doesn’t seem to be working on anything for the Christmas rush.  We did pretty good yesterday in that we finished binding my mother’s quilt and got the hanging loops sewed on, and then – hmm, maybe that was Monday AND it was just yesterday day Rich got the box we filled in to the post office and the for Duyen.  Good deal.

We talked to my mother on the way home from Dr. Marvin’s office last night.  She seemed in a good move – more flexible for her mentally, and it wasn’t too much longer after calling she had to get going because the leadership in her church was getting together for a Christmas event.  She seemed pretty peppy and eager to go.  There was the general reason of giving her a call every couple of weeks, but we also wanted to make sure she was looking out for the package we’d mailed her – and, we let her know she could open it sooner or later.  She also knows now that it is a quilt, but one from scraps, and we’re really hoping she appreciates that more than not.

The other thing that was on the to-do list with her was to thank her for her Christmas gift.  It was a LOT of money – Not impossible amount, but very generous.  We’ve got that list I think we showed you before of things that we want to do with the money and with our kids and grandkids.  The list includes cash and some quilted items, and also there is a big part where we are asking to take each grandchild (five of them) out one at a time each month starting in January.  Half of the money we received yesterday will go to that cause.  We are asking Rich to handle the money so that it is available to us and not spent on anything else.

We did come up with ONE gift for ourselves with the money.  We ordered the Jinny Beyer Portable Palette as shown on our front picture.  It’s a BIG deal to us … all the other money will go to the kids, grandkids and Rich – he would like a new phone because his keeps falling into pieces Hehehe.