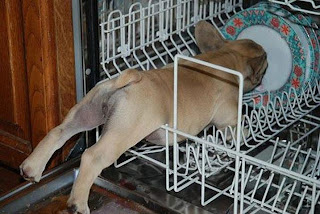 AHA!  We’re done cleaning up!  WOOHOO!!!!  It been a long time that we’ve entertained, so having the twins here is a very big deal … We’re still reeling from the T-Day party eight days ago.  Rich won’t be here for most of the time.  He’s got three games this morning and he left about 7:30 AM, and then he’s going to stop at his Mom’s and then he’s going over to his son’s family.  It is Rich’s birthday on Tuesday, so he’s getting a lot of visiting in for his money!

Rich really helped last night though.  We both put up the Christmas trees and I finished getting the place ready for today.  It’s really feeling like a holiday weekend.  I just love the part where everything in the house is put away – at least as best as it gets.  There are always accommodations  when living in a small space … we have to be adaptable.  Like the china cabinet is still in the sewing room, and the small sewing table is in the kitchen.  That leaves a big hole so that people can stand on either side of the cutting table (the island) and there is a big space in the middle of the sewing room where the ironing table will go.  I think the twins are used to moving in a fairly small space so I’m hoping that everything is going to be ok.

Rich started for me before he left a pork roast in the crockpot and he threw in potatoes and vegetables.  We also helped him make another apple pie.  And, then this morning we put out Christmas cookies, candy, and have a cheese/salami/cracker plate ready.  Then all the small things finished up like the last vacuum, checking the sinks, turning dates on calendars, shower, straightening shoes … ok, we were probably going a little overboard, but we tried to see the place as someone new to our home.  We’d like to make a favorable impression.  We got some more of the kids pictures on the fridge.  I will have to get a few colored pictures of Austin, but for now we put the black and white picture (L printer) up with the kids and grandchildren around the round table in the living room.  That’s my favorite picture so far.

Oh oh … I know what we forgot to do … we forgot to take our medicine AND eat breakfast and it’s already 11:11 AM.  Yikes … so like we did that.  Take it easy girls!  We’ll give it an hour before we light candles.  Pretty much though it smells like dinner and fresh air … think we’re good.  You never quite know when you have a couple of cats.  I sniff proofed it this morning.  We also put our car out front so the twins could park in our spot in back.  Figured that would be more helpful in getting stuff upstairs.  We had thought that Rich was going to help, but then he filled his calendar so we’re on our own.  My feet are tired now … It’s been a lot of up and down – or more likely back and forth from one end of the house to the other as we think of small minute tasks.  Ok, we’re not perfect, but we’re thinking we have perfectionist tendencies.  Just got to remember we have a SMALL modest place.  It’s going to be ok, It’s going to be ok.

Hmm, maybe we should think back over the rest of the last period since we wrote.  Better check when that was.  Looks like we put up a couple of pictures/videos of Isa’s Ginger Village, and before that we must have written on Tuesday … so five days ago.  I think we were working through being down about the negative parts of the Thanksgiving parts with Maury.  We haven’t talked since then, but we’re figuring everything is fine and back to normal … just a little regular tension.  Laura helped by adding a nice note saying we didn’t offend her.  I was appreciative of that.  I think we talked on Tuesday with Dr. Marvin about some of those things that had happened. I think there was a little more negative that came up with my sister – hiding from the holidays, but pretty much we got to the good stuff like the twins coming over and all the sewing we’ve been doing and how relaxed we’ve felt lately without even the parts of working on multiples stuff.  I’m worried a little about getting so far away from that, but Dr. Marvin is good with it and basically says that it’s a good thing to be relaxing.  He knows it’s a big deal for us to be entertaining and he knows we’re working well on getting Christmas projects done.  Just so excited the twins are coming.

We worked on the sewing a little last night both with the hand sewing and before Rich got home, we were working on getting the next applique going.  We got as far as cutting out the pieces and attaching them with the steam a seam 2.  Then we started the part about sewing the wedding ring pieces onto the background.  We found an interesting fabric that is a little fancier it is powder blue with white etched flowers.  It wasn’t more than about 6” wide, so we cut two pieces – one for the wedding rings and then one for the Lucero 2012.  We then decided to go with a trim that we’d already cut for something else that we’d changed our mind with and had used something else.  I think it will work.

We’re not sure exactly how we’ll work this afternoon.  I’m thinking that we’re going to work on the applique part of the girls’ wall hangings.  We sort of got an idea that we’d like to continue doing a little piece for every year – so mostly we’re thinking of just putting names and years – plus just one or two words.  It seems that doing the block letters is going to work the best.  We found a site last night that had block letters and we can resize them using Word.  Then we found we could trace them backward, stick them to the back of the fabric and then cut it out and sew it with a small tight zigzag.  We decided that we’re going to go with black fabric and thread for all the lettering.  And then work on the regular picture part with the colored fabrics.  I’m really excited about it.  I can’t tell for sure how it will turn out, but it is the first year of really playing with applique … I’m sure that it will be fine.  I just really look forward to being around the twins.  Man - have I said that already?

I’m getting so excited … I think they will be here now in about an hour.  It’s 11:30 AM and we figure they’ll be here at about 12:30 PM if they left about the time they had thought.  It’s pretty much straight through, so I’m not going to really worry about them getting lost.  I’m not sure if they will take the Eisenhower to first avenue, or stay on 290 until Ogden, but they are pretty smart and I’m sure they’ll figure it out.

We got a note back from CS – a few notes that we’ll have to think through later.  She was defensive about what we’d written – probably has good cause, but it’s at this point that we’re both seeing things from different viewpoints.  I was pretty negative as to her withdrawing and she tried to validate why she had had such a poor holiday time.

Looks like we left off here.  Several days later now … just have to pick-up and start again.