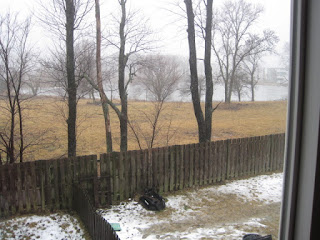 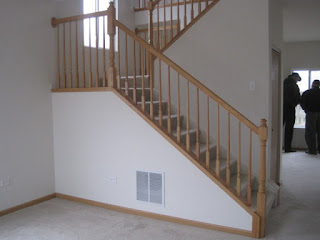 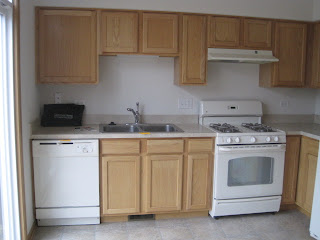 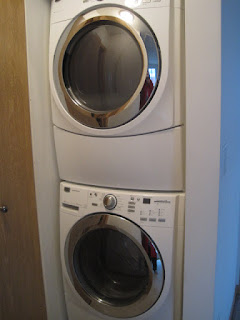 The house that turned out to be too small *sigh*.

We were out with the houses again yesterday.  We saw three.  The one on Munson was in bad shape so Rich thought it needed fumigation.  He said something about flop house or something like that.  He said that it was a mattress laid down in the dining room that had caused that kind of indentation.  All the walls needed painting and the floor was a mess.  It would cost extra money and the house was already at the top of our limits.  I think too if it was a nicer model, it might have made a difference, but it wasn’t the house that I thought it should be.  It was as if the whole place was built around the staircase area – so the rooms were secondary in design to the staircase.  It seemed the small LR then was in the hallway.

The other two were the same design I’d seen frequently in the listings.  They have 1/3 of the house being a staircase also and the rooms on either side on the first floor was a 13 x 13 LR and a 13 x 11 FR, but there was really no dining area so the FM had to serve as that … it was a carpeting change between it and the linoleum floors.  The Hoffman one above was definitely the better of the two. It felt like our current LR was bigger than the kitchen/other half of the room by whatever name.  There was a loft, but it only opened to the staircase and then the two bedrooms.  The walkways were included in the room size so even the 13 x 13 LR was depleted by the door and the space the door swung in.  If I were alone without Rich, it would do very well because we would have been able to set it up as a “nest-like” home.  It also only had one car garage like many of them do on that side of the development.  I don’t think it’s a big deal, but Rich did.  I think the hard part for me to let go of was the appliances.  They were newer and the stackable – full-size washer and dryer were to die for.  They were both front loading and minimally a $2500-3000 set.  It almost overpowered me.  And we gave Rich a hard time in letting the place go.  Man it was RIGHT next (In a closet) to the BR!??  I know many of them are, but it was like holding an ice cream before my eyes.  The other thing was that the loft and second bedroom faced out onto (over a farm fence) a small lake and that I thought was something worth consideration.

Rich and us got over the argument that had ensued, but it was hard.  He came out with a flat no before we could process it and then we were on an emotional plain like him and had to deal with feelings before we could process emotionally.  We’ll leave a few pictures so you get a sense of the place.  Rich said we could do better, but he’d been leaving a lot of stuff out there about needing a bigger place for less money and I thought his requirements were too much, and then when he added that he NEEDED a two car garage AFTER we’d spent so much time finding the few places that hadn’t been taken yet … I was just dealing with too much anger.  Before things cooled down we said the HE would have to find the next place, because he didn’t understand the difficulty of his demands.  It did get him looking and in the end we both looked, but he got tired of it and needed to zone out to TV, and we just got tired and longed for bed. 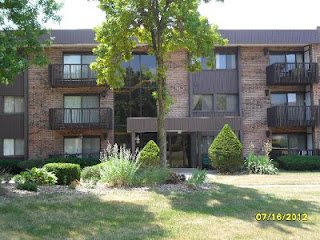 There was one complex we considered and there were three units available ranging between $54,000 and $75,000.  I thought the least expensive was very nice, although all three were 2 BR.  The LR was a big 21 x 16, so we thought we could get by.  Our present LR is 20 x 13, Plus there was an additional 10 x 10 for DR and 11 x 10 kitchen, plus the two BR. Were 16 x 13 and 13 x 12.  It seemed really doable. But, Rich explained that it would be a direct exchange from our place to another place about the same size and that although it faced a nice courtyard it was sandwiched as a complex directly between a Joliet mall and sports complex – 6 baseball fields and a football stadium.  We were talking about the distance, I could even walk to.  He said that we hadn’t done well with being so close to a lot of people and I could hear him and know he was right, but we were fighting our panicky feelings of never finding a place.  Too it was a knee-jerk reaction to his complaints about the other LR being too small.  What could be wrong with a 21 x 16 LR???!!!  I know … it’s just a tiring process to be looking at houses.  Rich still thinks its out there though.  My thought was that it wasn’t directly even with our place because you’d have only $380 of insurance, taxes, and assessment.  That would give us $500 a month to save from present rent so we could buy something better.  But Rich is set that our next place be a forever home.  I think he’s thinking about retirement.

I can’t fault him on any of this because his opinion is obviously half the solution, but it’s a high-pressured point in one’s life to be making such commitments and going through so many emotional excitements and upsets.  You know?  I think we’re going to as we are writing switch over to the mode where with the exception of a few things we’re going to continue this note as a blog.  I hadn’t realized how much we would talk about things right out front.  It will be ok Ann, It will be ok.

Ok, now we’re fully over to blog mode.  We deleted a few things that were more personal.

Cancer Feb 8 2013
The weather has been so wild in certain locations since the year began - from bitter cold to balmy sunshine to tempestuous winds. If you have lived through these variations, Moonchild, then it probably seems like you've been through a whole year in only one month. That's a pretty good metaphor for your life now. You have endured a lot of extremes in recent weeks. You have been low and high and everywhere in between, yet you have kept on going. You are a strong and brave person, and your courage is about to be rewarded. Hang in there - your time in the sun is coming.
--