Was this a rough start? 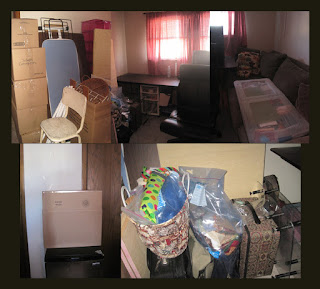 Good morning.  This is us.  It is now the day after the LAST weekend before we own a house.  Man-o-man is there a lot of excitement here.  I’m very appreciative of those on FB who don’t seem to mind us posting updated pictures of the move.  It’s all happening directly in front of us and we don’t want to miss any of the drama.  Mostly by that I mean the changing over of rooms from a place of love to a holder of “Stuff.” It is a bit of an adjustment.  BUT, officially the sewing room is done and we moved back into the LR.  Last night we packed up the desk drawers and some things around there, but mostly it was our wicker container that is holding our second big stash of pens, markers etc, and one box of electric stuff from cords to pencil sharpeners, and then there is one drawer for miscellaneous office supplies and then last there is one drawer of CD’s for computer programs and loose quilting stuff from the drawers of the drafting table.  We’re getting somewhere.  The next drawer packed will be the first drawer in MY lateral file.  WooHOO!!!  We are talking some major “dumping spots” of items not otherwise housed.  I will have to be a little more careful with that.  Chances are that we will also have a similar drawer set-up in the other place, we’re just hoping to get some of the garbage out.

Ok, we’re  back and we’re figuring the pain is pretty substantial … we tried doing several things while up this time.  We straightened the LR floor specially of light cords and extension things so we could vacuum in here, and then we put a few things in the dishwasher and did the litter box, and got the garbage gathered, and then we pulled together a laundry load and made the bed.  Oh my gosh it hurts so much.  I will have to sit down for a little while til it recedes.  I think we pulled it bad this time … just wanted to get one more thing and one more thing done.  The idea fully would be to vacuum the LR AND take down a load of laundry before Rich gets back.  He was meeting Bob for coffee this morning at 7:15AM and it is now 7:38AM.  I know I have about 30-45 minutes, but not sure I will be able to do both.  I also got pretty hot so now I have to cool down.  We cracked the window a little bit, it is only supposed to be 27 out there, but should warm up to 34 today – NO wind!

We are trying something with the kitties now that started last night.  We decided to try and get them not to act badly by scratching the bedroom furniture to actually change their feeding patterns.  With a cat this is not always easy to do – though they did show interest in being fed last night.  They didn’t wake us up and we slept until 5:30 AM and after we got past a few false starts they’ve left me alone with being fed AGAIN this morning.  Normally we only feed them when we wake up.  That is to say they have wet food AND dry food along with their water.  They eat the wet stuff pretty fast, and then dawdle over the dry stuff throughout the day.  Maybe it will work … just too early to tell.  Rich was very frustrated when looking through his dresser drawer to see how much the cats have scratched the new furniture.  Linda and us talked about declawing afterward, but I can’t make myself do it.  I know they are showing bad behaviors; just not sure I can take away what was God Given to them.  I understand neutering and spaying, and they both went through that, but it was to avoid pregnancy.  That’s a God given too, but between siblings, I thought it was unnatural and they were inside cats so would have eventually done it.  That seemed different and it was done at about 6 months before they had gotten used to life any different.  Now they are 14 and I think it is too old to go through that kind of trauma and ability change.  I know I know … there are other arguments for declawing, but this round no.  I would more likely though consider it for a much younger set of cats.

That’s about as much as I can do on that one for the time being.  It turns my stomach L  I found this picture staring at me this morning … 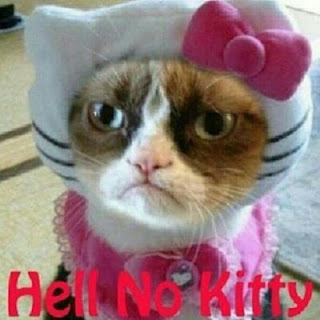 Back again.  Somehow we lost track, but then got back by thinking hmm. Someone hasn’t had their medicine and its’ now an hour late.  That can’t be good.  So we took that, got more coffee and vacuumed the floor.  Just have to do the wash AND take a shower and we’ll be good for the day other than writing and packing.  Yup yup, we run like that!

I didn’t stand for so long this time and so it didn’t hurt so bad when we sat down.  Maybe we can get down those stairs and back-up?  Then maybe there would be a chance that Rich would change the middle load AND bring down garbage.  We’ve been having a steady trail of garbage go down so that Rich said it’s only Monday, but between us and Roberto trying to fix up the downstairs we already have the trash filled, and it’s not due to be emptied until Thursday.  Oh well.  Better down there than packed and moved!  We’ll try to get to the wash in about ten minutes.  That’s a plan, right?  Have to remember now that the Landlord could bring new tenant candidates over from now on so that we have to start the morning by picking things up – though nothing can be done with the boxes.  That’s always good for new people because they know you are serious about moving out!

I do wish we could move-up the moving date til the Monday before the 25th on the 18th.  The move is supposed to be a month from today, but I don’t see us as needing that time, though I realize that the building needs a couple of weeks turnaround to rent out the space.  It seems like where the tenant moved out on the first floor they spent days and days just taking up the old floor.  I think they pulled the old tiles, but not sure what they were going to do with that space instead.  Our tiles are worn out too so that some have been stripped of the top print altogether.  They just get old from a lot of usage – especially in the hallway connecting the living to the rest of the house.

I think Rich is pretty busy with business today.  He has a new job that he’s expecting the last delivery for so they can get started on the package.  I think they are putting together pool pieces and they are expected to do like 500 a day.  I think the parts are bigger, but I am not sure.  Rich also said this morning that we have to finish the last bag of his product so that we’ll be working on it again this evening.  Guess I better not plan on that time for packing.

Are you noticing a common theme here?  Packing, packing and packing.  Rich said he’d call the insurance person when he gets back, and he said that he’d talk to his financial guy if the check for the house isn’t in today.  I think he’s got an alternative if that gets messed-up but obviously you want things to run as smooth as possible.  Can’t forget too that Dr. Marvin is at 1 PM tomorrow and 11 AM Thursday, and then house walk-through is at 9:30 AM Friday and immediately after that at 10:30 AM will be the closing/title transfer.  Pswhoo!  The week is going to go fast!

Hmm, I got to the back door with the clothes, but then we heard a noise in the hall and the guy across from us had his door open and then we got scared and came back into our apartment.  I didn’t want to run into anyone on the stairs or down in the laundry.  Grrrr….  We’re a scaredy cat!

Shoot shoot.  Maybe we’ll wait long enough for the medicine to take effect.  I would like to make another deal with Rich where if he gets it in and out we’ll steam it right away.  Then I wouldn’t have to go out of our apartment at all.  That seems like a good deal to me!  *finding our whimper*

Shhh … girls … calm down!  I wish that Rich were back!   Maybe that is him we just heard on the driveway … we’ll go check.  Shoot it’s not him.  L  Feel like we’re closing down.  Maybe if I just laydown for a little bit?