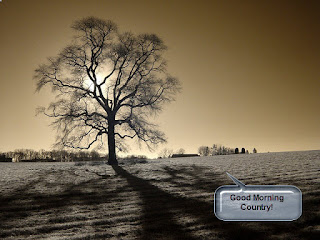 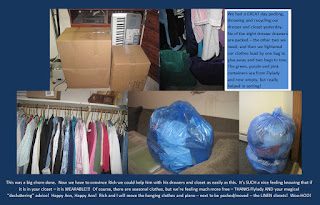 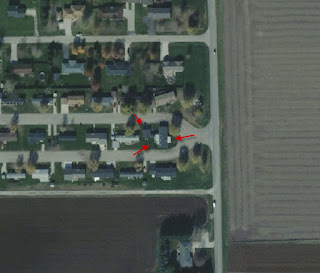 By the looks of the pictures we’ve been doing our best to pack.  I don’t know how up to date we are here … it appears we did write something yesterday, but we might be missing a few pictures.  The packing pictures included are from the bedroom and the hall closets.  We packed 6 of the 8 shelves in our dresser and we went through our closet.  We threw out two bags, and we saved one bag for Nikki and Maury to trade in their place for a discount.  We also found a car washing kit that we figured would be good for Maury … though now I’m wondering … could it be used on Rich’s boat?  Hmm?  Anyway … after that we found we had two more boxes packed and we lessened our closet quite a bit.  Now there are spaces between the hangers.  Then yesterday was the hall closet part.  It was mostly the main one with all the supplies in it, plus some old linen stuff and towels.  It took a bit of congestion to get through that, but  about five more containers were packed.  We also went on the laundry side of the closet in our bedroom and packed blankets, and then linen from under our bed in the big drawers.  It was a busy day.

Now we’ve only got 4 boxes and they are too big to pack dishes in.  That is the next section – to go through the kitchen.  Lot’s of stuff to do there and walking through the house we told Rich we needed 10 small boxes (book/dishes size), 25 medium boxes, and 5 large boxes.  I think we’ll be pretty close at finishing it with these 40 boxes.  I priced them at u-haul to cost $82, but hoping that Rich can find them for free today at one of his workshop locations.  THEN, last night because we had that kind of energy and Rich was out at his mothers, and then went straight to his poker game, we did a vicarious shopping trip through Sears and spent about $1,100.  In actuality nothing was bought, but we’re thinking that all these six items need to be purchased.  This is the list:

This is what happens when Rich leaves Ann to shop at Sears WHILE he's out playing poker! Ok, no money was actually harmed since this was imaginary shopping, but you can see where we are going here. I also did a box inventory for Rich ... My thoughts are


Total $81.55 from u-haul - or please get this quantity for free if you can, but I'd like to be using these boxes on the weekend - still have a LOT of kitchen and then closets/bedding/curtains

We mailed both the box order and the SEARS items to Rich last night so he had them when he woke up this morning.  He did note that he would try to get the boxes – after a little arm pulling, and as to the SEARS list, he said he knows these things are needed, but there is money issues.  He then though added that he needed to try a bike at a gym to see what he would need to buy to loosen him up, especially in the morning.  He said some things like the toilet accessories could be bought cheaper elsewhere.  That doesn’t bother me as much as not getting them.  We reminded him of how many toilets we looked through before we suggested these items.  For example, the seat for his mother – raises the height, has a set of safety handles, and uses your own toilet seat to sit on, and you’re not leaning back against the underside of the toilet.  That repulses us to no end.   He also needs to understand that there is a oval seat on the round toilet in the master bathroom.  We’re not going in there until its fixed.  Again it forces you to touch contact with the underside man-ware of the toilet.  Just not going to happen.

The other items could use more explaining, but there isn’t a lot of time.  Basically, we liked the microwave, because it combined a microwave and convection oven and allowed you to use either or, or both at the same time … so you could cook and brown.  Rich loves the convection oven and I think he could really appreciate being able to have both.  The TV might have been explained elsewhere, but in general the one we chose is the matcher to our big LR TV.  It is a Samsung, and it’s 32” which fits my requirement, and it’s on sale at what seems to be a reasonable price.  The other big ticket item is also a combination … for about $300 (sale for $100), they included a heater, humidifier and air purifier, so that can be used in either the sun room, or Rich could take it out in the garage when he’s working there in the cooler weather.  It seemed to make sense to us and will help with keep Rich’s mother warm while giving her a place to smoke.  The last item was something promised at Christmas, but we’ve been putting off to Rich’s disappointment.  We need a new pair of shoes.  When we found out SEARS was having a sale on their Sketchers, then that just seemed to make sense.

I think that from what Rich says that his ex is willing to get rid of the tool bench out in her garage so that Rich might be able to pick that up soon, but he will need one of his sons to help.  That will be really nice for him and he might pick-up some of his old tools as well, though I think Chris has taken most of them.  I think he also wants the ladder, but not sure if that’s been cleared.  He says that no one left at the house would ever use it.  One way or another he is going to need borrowing Bud’s trailer so there is a lot of coordinating to that, so I’m not sure how long it will take Rich.

There was one other good news.  Rich talked to Roberto yesterday and he said that Mike already has the apartment rented out AND they had seen the model so didn’t have to come through to know what they were getting.  Roberto said they have plenty of time to come and fix the place up like new for the new people and that this person was already a longstanding tenant so was trusted, it was just he was looking for a two bedroom instead of a single bedroom, but that also his cousin or someone related was going to take over his apartment, so it seems like Mike made-out all together, and that leaves us off the hook as to having to pay-out on a lease that goes til October.  YAY!!!

Hmm, thinking we should get going here.  We still want to post and Rich is getting ready to walk out the door too.  Hoping we beat him home!  J