IT'S TIME FOR A LIFE CHANGING MOMENT!!!! 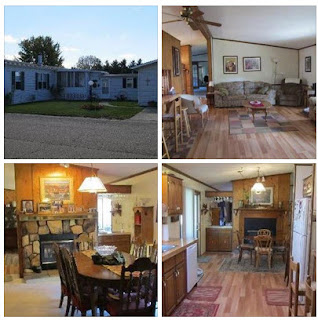 Good morning … this is us and THIS IS THE MORNING OF OUR CLOSING!!!!!  We’re trying to stick a little closer to our Facebook Friends or Family, because we just passed Rich in the kitchen when we updated our coffee and he’s REALLY a grouch!  He’s trying to rush and get everything done, but his Internet is giving him problems.  We asked if he wanted to use our computer, but it was just a loud growl and we thought, Hey, we’re taking our happy self out of here!  We’ve got less than an hour to go now before we need to leave for the closing.

OK, more now like a half hour.  Rich finally stepped into the shower.  He’s having problems with one of his workshop owners having pretty much of a hissy fit.  He doesn’t like his new job and it is a major contract for Rich … he would lose a lot if it weren’t done so it seems like the workshop is holding him hostage over a barrel.  I know that sooner or later it will be resolved, but I’m feeling bad that Rich has to be going through it this particular morning.  Hopefully the shower will give him some piece.  In the meantime we got dressed and we took our medicine and prepared the rest of the day medicine.  We also did our hair.   Good Ann!

I’m trying to think if there is anything we will need for the day.  Ok, ok … packed a little bag J  Definitely includes the extra medicine, camera, batteries, AND tape measurer.  The phone is also charging.  We’re going to try taking notes using the phone recorder so that we don’t have to find paper that has already been packed.

Whoops Rich is out of the shower … still having problems, but he’s at least talking a few words at a time.  This is supposed to be one of the happiest days of his life.  I don’t want to see it ruined.

Just did a few more things.  We’ve got about 15 minutes before we leave.  We’re really thrilled to be writing back and forth to the people on FB.  We posted a time count down and words of excitement and it is being well received by people wishing us congrats!  I just can’t believe this is happening.  I’m so thrilled to pieces.  Having a hard time concentrating.  We’re just so excited.

I hope that we do ok with the walk-through.  I’m more nervous about that than the closing.  Our Realtor Carolyn gave us a little bit of a scolding and said we need to keep this walk-through more on a business tone in that she wants us to look and test everything.  She said in other words, less excited babbling and more testing to make sure everything works.  I think that we’re going to hope that Rich takes care of more of the concrete testing.  We don’t really want to be checking the washer, dryer, dishwasher, etc.  And, we’re worrying about not being able to stand for long and what it will be like for them having us go through everything in detail.  Rich said that he’s going to bring the camp chairs so I don’t need the walker, but we’re also worried about that – the part of needing to sit down.

I can hear Rich closing up his bag and so maybe he is moving on.  I don’t know if he will want to save some time to pack a few things he had wanted to take to the new place, especially his fishing stuff.  I don’t think he’s allowing himself enough time, but we’re not going to nag him.  I know he’s conscious of time and getting everything taken care of.  My chore will be to assure that I bring my little bag AND that we grab the check for closing.  After that … we’ll just be in a buzz.

We just got a quick note from Dr. Marvin … he read the thing we got from one of the school loan places.  It looked like the government has accepted our disability status, but it’s now up to the three schools to approve.  He also wished us good luck with the closing.  But, with 7 minutes to go we’re going to post this and get a move on … LINDA!!!! We’re thinking of you this morning!