Morning:
2/11/2015 12:44 PM  Good afternoon.  This is just us and it’s already as stated about 12:45 pm.  We’ve seemed to veer off course over the last week or two.  I think pretty much what happened was that we got a little excited about sewing and although trying to do everything at once, it didn’t really work out.  I think we were keeping a general order about our house, but we got behind in some of the harder stuff like sweeping.  We didn’t push to get things done and was racing the clock some days on getting laundry and dishes accomplished as well as having the place picked up before Rich got home.  There were other things happening too.  We decided against Chrometa – mostly because it was an expensive add-on that we couldn’t sell ourselves.  I liked following all the things we were doing and it seemed to lend to some efficiencies, but I didn’t like the way it wasn’t recording properly as we wanted, and we had to redue the names and categories and that was taking a lot of time.  Then we got a lot of books from Melissa and that really kick started the quilting urge along with talking to Linda about the Quilting Saturday last weekend.  We decided to do some of the last project at the meeting, and start cutting a new project.  It was a lot of cutting … the pattern was free online and called Hopscotch medalian quilt.  We saw it in a couple of different colorways and it started as a 28” x 28” piece, but we expanded so that we were getting 12 medallions – 3 columns and four rows. 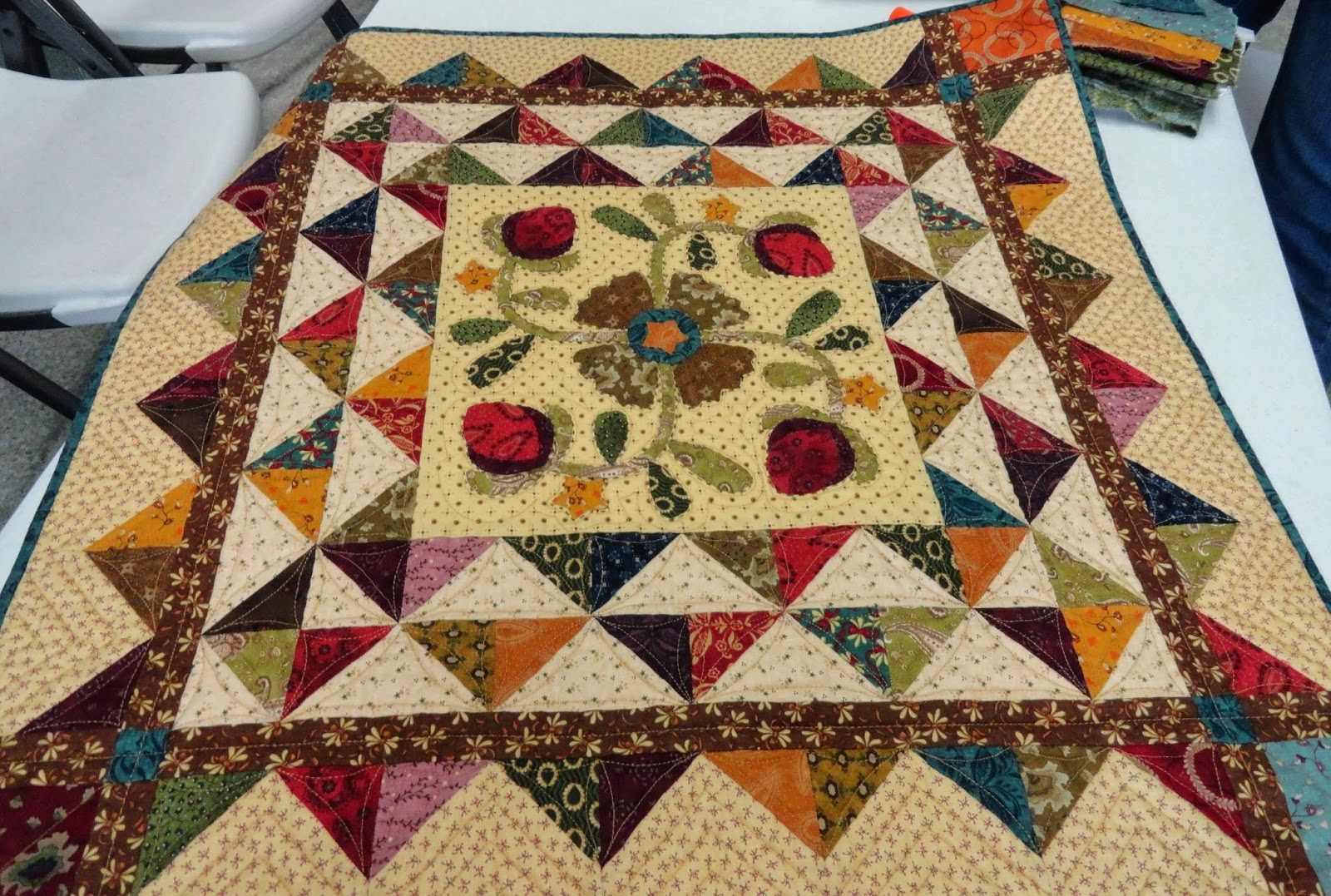 This is the general Medallion.   Our colors are similar, but we went with the brownish stems and leaves to color coordinate.  We’re going for a red sash in the third row and necessarily the beiges are going to be a different pattern.  We did a lot of figuring and are about 80% done with the colored triangles.  In general they took about 25 fat quarters if we measured appropriately. This is about what the applique is going to look like, but we’re going to trim our stems a bit and bring in the pomegranates into a more circular pattern.  I think it will look nice. 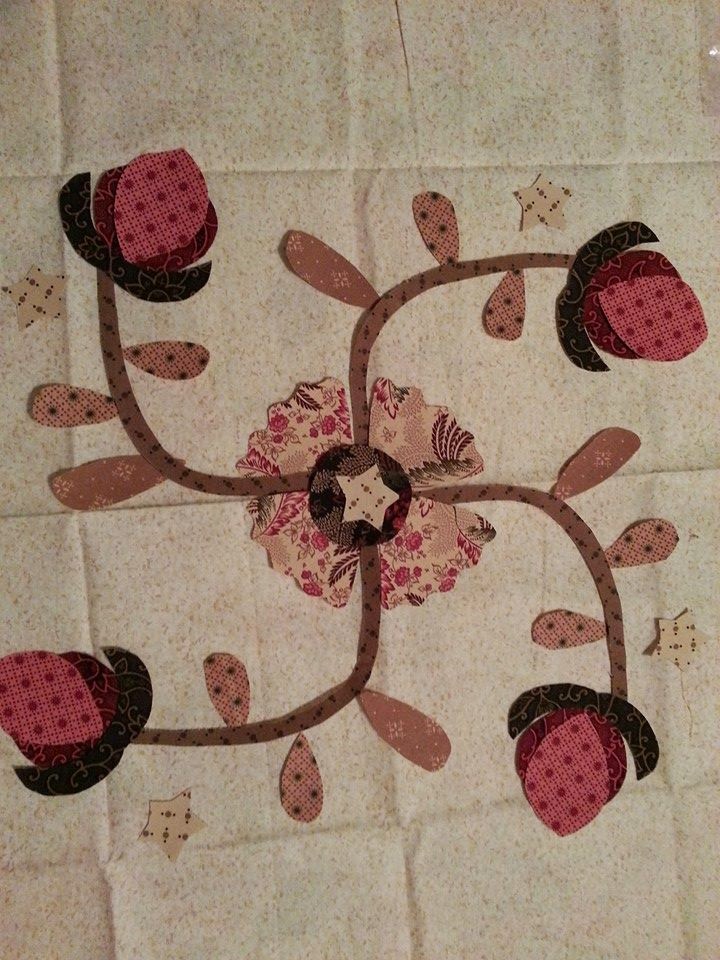 So that was going on before the retreat.  We got all the appliques (12) done which included tracing, placing them on fabric, cutting, and then bagging for a while before we get to that point again.  It will happen.  We have in mind this quilt going to Thom.  And as to the other quilt – we felt it was too bright, but it would work for the girls quilts for just their mattress beds here.  We did measurements before the weekend and the twins helped me work it out, but we’re going to use 6 rows each and then we have some beige for the drop and then although not measured we’re hoping we have the flannel left for the back.  Would be really nice to get it to Linda, wouldn’t it?

Now it’s nighttime and we’re just getting back to everything.  There was a whole day that happened in there.  We kept up with our fitness plan