We put this picture up for Linda :) 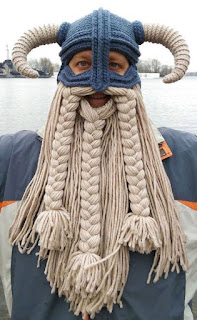 Good morning.  There will be a little in and out here … We’ve got a mudder back, but he started late – partly because we weren’t up until 7:45 am and partly because we’re talking to Linda for a few too.  She had a nice shopping and meet the girls for quilting day yesterday.

As it turns out with the worker guy – he must be somewhere else by 10 am, so he’s leaving in about 20 minutes and then coming back later.  It’s going to be one of those days.  Should be a Dr. Marvin day – or at least a phone call.  And, we are very achy – more than just the hips, our legs feel bad too.  I don’t think the pants help – wish we could put on our pajamas, but that’s not happening.  This guy, Ben, said he’d be back later, and then Jeff said he’d be back later this afternoon.  No escapism time.  I think we’re going to make it through, but might be extra naps if we could lay down peacefully.

Last night was a fitful night of sleep because of the hip.  We laid down in bed, then went to the couch and eventually ended up on the rocker.  We took some extra arthritis medicine trying to get the throbbing to stop and then finally took a dose of Nyquil.  Rich suggested we go without it, but we needed some help.  And, he must have confused the time because he called at 7:45 am instead of 6:45 am, so we were barely ready to receive people.  Guess we finally got in the sleeping groove hehe.

There … we’re all set for a little bit.  We did say bye to the worker guy – he might be back around 10:30-11 am, or maybe after lunch.  It’s hard to tell.  I did take the Dayquil and feel that my legs are aching a little less, and we did talk to Linda and finish that conversation.  Beside that and going through Facebook and emails – it’s about the sum of our morning so far.  Thinking we’re going to put the shawl from Cari and Joe on over our shoulders … feeling a little draft.  There that is better …

Being a true Cheese-head, Linda said the Viking looked like it would be fun for someone from MN.  Probably keep them warm J  Yup-yup.  Did catch our attention.  Maybe because we came from MN.

Ok, so nothing real major going on yet this morning.  Linda had a lot to do this morning – so it was only appropriate to let her go.  And, we turned on soft pop.  Now we should get ourselves going so that we just don’t fall to sleep.  Linda did ask the question of – did we get the sewing machine in its room.  Which was a most likely yes.  Saw Rich move past us with “stuff.”  The next question she’ll ask is – did we get the machine up?  Ok, ok ... enough of that.

So, we moved up to pickles.  Is that an improvement?  No?  Page 2 glums.  Think both feet and legs hurt still.  Maybe just lazy.  We want to put our feet up.  Hey could be the day that we work on our cuttings for our Lake Michigan art?  See that as a day with feet up.  Do you know that today is the day for Obama’s last speech?  He’s supposed to be in Chicago today with Anderson Cooper.  Just think, Obama AND Anderson in Chicago – what a nice day that is!

Oh yes, magnified!  Rich just called back.  I should have talked to him after first guy got here, but then there were two people and we lost track.  Turns out they are having an ice storm and they had to cancel today, so he is working at the hotel on his calls.  Glad he can adapt.  This afternoon it is supposed to get up to 40 there and 50 tomorrow – so all should return to normal and hopefully he will get his project going.  Felt bad for him – think he must fight boredom.  Probably will get in the groove.  He’ll still be looking for some music today.  We couldn’t find the password to Pandora.  Could guess, but don’t want to lose the channel.  Probably best to let that one go.  He said he might go into the breakfast area and work for a change of pace.  Rich isn’t used to working by himself without people around.  We made sure he knew he could call us at any time.  Just he can’t be telling us what to do from a distance!  This is still US be on your own time!

They are talking about Jeff Sessions and his nomination for Attorney General.  It looks like the confirmation hearings are live.
Posted by Ann Marie at 7:29 AM