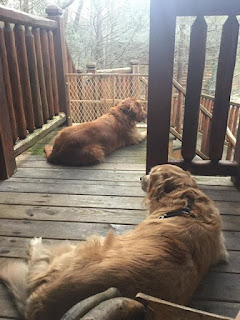 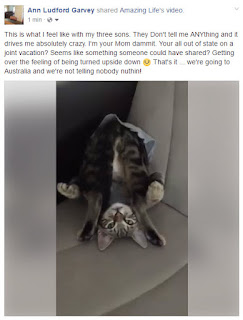 We seemed busy between all the stuff we're doing on the computer and journals and getting in to see Dr. Marvin. He's always a good visit, but really take a bite out of the day. Yesterday we talked to Juliana for about 45 minutes, and Dr. Marvin for an hour, so we're getting double perks, BUT the time with Dr. Marvin - 40 minutes went into talking of diet, and fitness, and all the nightmares in-between. We started at 297 and we were down to 290, and we changed our goal from 140 hehe to 280. Seems more reasonable.

It would be nice if that could happen by this time next month - especially right before Dr. Dorman's appointment on the 26th of April (Labs 21st). I'd like to think he got a good deal out of his recommendations for therapy. I feel like I have a lot more extra support. Poor Rich ... he just got up about 10 minutes ago ... made coffee, then the dog told him he had to go out. He was like COMEONNNNN you do it. We said we JUST took him out ... then we thought, hmm, unless he has to go poop. So we took him out ... sure enough! YAY! Always helps when you can be as smart as the dog. As for pore Rich? Ok, probably back to meditating. He meditates with his first cup of coffee - we can't talk to him, so that's not fun ... you know just the casual groping when he walks by hehehe. 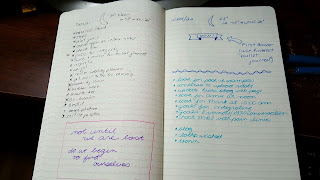 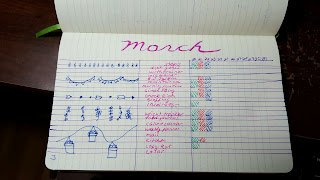 Anyway ... back to the special care team hehe. Mark was here about 10:15 am and then we had lunch and went back to the computer and Amie is now rescheduling all her appointments to about 2:30 pm. Seems to fit her schedule better, and we didn't mind. They are both coming on Mondays & Tuesdays. That gives me Friday for laundry - or to set-up a missed appointment. It should work AND if we could get to Dr. Marvin's more regularly - that would work too.

Seeing Juliana was a special treat. We haven't told her anything about the quilt, but then haven't gotten it on the schedule either. Maybe we should look toward Sunday? Not sure. It would have to wait that long because we have paperwork/taxes back on the schedule for Saturday. The weeks are filling up fast!

I don't know if you saw the note on FB. We had found that Joe's and Maury's had all gone down to TN for a group vacation. We were flustered this morning, and have been trying to grasp it throughout the day - in spells. Just feel really left out. Hmm... That's about it there.

Rich was in and out today - he seemed to have a busy day. He met both Mark and Amie today - well he'd met Amie Friday, but this time he came in while she was here. The visits were real good. Mark is more businesslike, but does a little chatting. Mostly though it was about what we were doing. It started with some band exercises, then there were various bed exercises (guest room), and then there was some deep massaging, and then some standing exercises, and then we walked - though just for 2 minutes. It was a LOT at the time. Most of the reps were in 12's - and always 12 on each side BLAH! He wants to go outside, but we're still balking at it for fear of not being able to sit down. He saw that problem in us right away, but we're not helping him through it.

Amie is a lot more talkative. Probably both in their early 40's. Mark's from England and has 3 golden retrievers, and Aime is also married, but has 3 daughters 20, 13, & 6. BIG spread in ages. She's been bringing me papers, and we've been reading/talking to her about them. And, they both were able to read the MRI stuff and interpret it in there own way ... it helped Mark plan what he was doing, and Amie was much better at transcribing what everything meant and what was happening.

I made an appointment for the next pain specialist (back pain/MRI) April 10th, regular Dr. Dorman appointment April 26th, and a Vet appointment for good measure on Friday. Pretty much there though just grooming. Hmm, message to doctor - called an reminded them they owe me a call hmpf! Anyway ... everything is scheduled in and we're pretty sure were doing what we're supposed to.

That's a lot of our day, but in-between everything there are hidden factors happening. Hehe. We are being in love with our Evernote and GTD again. We also have a couple of journals. One is a method from Simplify Days we started at the beginning of the month which helps us focus on our week, and then the second part helps us capture data ... just regular stuff, and then the second part of that includes adding tasks and projects, calendar items and references. I LOVE IT! It's good for scribbling things down w/pen and paper, and then we take a picture and send it to Evernote. Evernote can transcribe my scribbles so we can do searches with it. The second journal is a moleskin which I know your familiar with. But, then there is a NEW method we just learned about called "Bullet Journal." It's a really quick, but can be very BEAUTIFUL way of using a moleskin type journal ... think - items on task list featured in 2-3 words and a "bullet" point. BUT we've been looking at it a LOT from Pinterest today and otherwise some youtube videos. We're starting to draw pictures like we had wanted to before, but with help from the people over on Pinterest. Today, we drew our first "tracker." Tracker's catch data coming in on a regular basis. Mine is REALLY terrible lines and writing, but we actually were drawing our first pictures. And, that's help fueling the excitement for more parts to be contributing. Really cool. Well, think we've inundated you enough by now. We'll send you a picture of our first tracker hehe
***03-19-17 02 Master notes for March, 2017