Ok, it sounds like physical therapy and nursing will be a regular part of our schedule 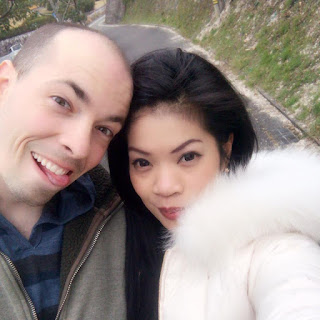 @ 11 am - We saw Ann the nurse.  She was prompt and very helpful.  She was straightforward, didn't do much with the dog, or our side stories.  Eh.  She's busy.  She asked a lot of good questions and a good amount of information was transferred both ways.  In the end she has given us for 8-9 weeks nursing services for diabetes education 2 times a week.  She stated that another nurse will call and that she just registered people.

@1:30 pm - Mark the PT Person. He got to the house an hour early and didn't call ahead; it was convenient for his schedule.  We asked him next time to call, but we don't think that information stuck.  He did ask for a half hour window before and after the appointment, which was fine.  He was very likable and business orientated.  He was friendly and authoritative to the dog.  He has three golden retrievers  :)  We talked, and then he had me show him how we got up on the bed, and THEN he tricked us into doing a few exercises.  He said the real work will start next week.  He is due to return Monday, 3-20-17 @ 2 pm.  He wants to come out before the MRI which is scheduled at 5 pm.