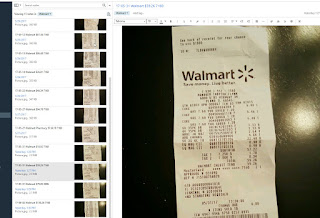 Monday, June 05, 2017 @ 5:28AM
Good morning.  This is us 😊 Not much going on today.  Just going to gym – HEY we’re GOING to gym!  OMG I hope we carry this feeling for a long time.  I also hope that it is a little less scary.  This second instructor is a little more frightening, because she is harder and less likely to chat – make it a little less stressful.  We had the feeling that she was trying to knock people off the ledge.  Wait a minute is this the same part that started this paragraph?  What happened there?  PLEASE let this not be an excuse not to do the hard stuff.  Oh-oh … seems like something that should make Dr. Marvin’s hard list.
Done deal … let’s be moving on … We should find something a little less stressful, hmm?  Hey, we were working on receipts yesterday.  We got further than we had, but didn’t quite finish the task.  Hopefully, we’ll get that done today.  We went through the bag and took pictures.  There were exactly 50.  Some are older – the ones that we found on top of Rich’s dresser.  Wow!  Doesn’t anyone ever clean in there?  We also finished processing about 18 that had been loose in the box.  I’ll show you on top of the page what all that looks like.
This is a picture from Evernote of the two right columns (of three).  The notebook shown is only for the Walmart receipts and there is more on the list than shown with the 5-26-17 receipt.  We’ve been taking all the picture against the contrast of the kitchen table – so I like that part too.  It’s kind of cool.  And, the labels for each receipt include the date starting with year and then month, and then we put the name of the store, the amount of the receipt and how the receipt was paid.  And, because the receipt is in the same Evernote Stack as other stores, we can click on the stack category which is “financial,” and then you get a list that looks more like this …

This list is just the middle column, but you can see the variety of stores – as it happens between May 22 and May 31rst.  Yes, Rich gets around.  These are all from him.  I don’t collect many receipts … now if we were talking about Amazon hehe.

Giggling up a storm.  Yup-yup, Rich has nothing on me as it comes to shopping.  The list shows that, we’ve purchased 43 items in the last 6 months – hey!  That includes Christmas!  Ok, better back down off that ledge.
Thing is that there are ways of catching up with these things.  WOW! I didn’t realize.  Do you know that Amazon and us have a 15 year relationship?  I just found out, I go back to 2002.  That was the year before my father and step-mother died.  I bought two books on the “I Ching.” They were a favorite book from earlier years.  I believe I bought a book for myself, and one for a friend I knew at the time from Tampa Florida.  I’d also bought the book for my Great Aunt.  Loved that book.  I spent a year of my life – 1986 Living with that book every day.  It looks like that book was purchased on January 1rst and those are the only two things we got that year.  I didn’t have the knack for Amazon shopping that I have now.
Ok, one more picture from Amazon.  This is the 2003 picture.  It seems that that year we had five orders and were catching on to the fact that we were going to be indebted to Amazon forever hehe. 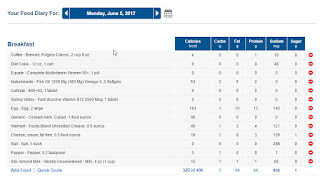 There – just got another cup of coffee – third *sigh* And we made sure all the dishes were at the sink ready for the dishwasher and that the living room was picked-up.  Should have set my phone to charge last night – it’s at 44% about an hour and a half to charge.  Shoot there is the official five-minute break … better go do those dishes now.
8:30AM Back – solid half hour left.  We took care of the dishes, cleaned out the litter box, and took out the garbage.  Well at least to the sunroom.  Usually Rich takes it from there, but we’re going to need bringing it all the way to the garage and then that reminded me, it is Monday and we’re going to need bringing the big garbage to the curb.  It’s garbage day.  We’ll do that before the gym too.  Might want to leave a few moments early.  I can do this, right?  AND, we must remember to get the mail, AND water Rich’s plants today.  That’s ok, we’ll be dressed and ready to go.  We can do this, right?  The house and us are running great!
Ok, over to that evasive focus calendar!
There may be a few things … let me see if we can root them out.  1) is to come to grip with tasks being added to Trello, 2) compare growth mindset to growth mindset.  This seems to be one’s openness to change.  3) Validation – accepting your own experience – the good & bad, PLUS you must be present.  4) relating to validation – create a plan of action to work which will help with intrinsic satisfaction.  Then it says 5) Make a guess (to learn & Improve) as an extension of the growth mindset.  6) That mindset uses exploration as inspiration to succeed in the face of adversity. 7) it asks (our reading notes) for us to be a star in our own life, instead of a player in someone else’s movie. And, 8) To validate how you feel about your accomplishments – you cannot be a supporting character.
There these are the notes.  Let me see if we can put this together.  I think they are not all related.
First, develop a growth mindset - open and self-validating
Second, accept one’s good and bad, and stay in the present
Third, create a plan of action that is self-satisfying – develop tasks
Fourth, learn and grow by guessing – inspire self by exploring in the face of adversity
And Fifth, to feel self-accomplishment, be the star in your own movie
WOW!  There is a lot to write about here, but we only have a few moments.  It took a while to put this together in a way that made sense … could we boil it down again?
Be open and self-validating.  Direct and star in your own movie by accepting good and bad, and staying in the present.  Develop a plan of action by creating steps or tasks that will inspire us to accomplish while exploring, even in the face of adversity.  It’s an ADVENTURE!


WOW!  That’s it.  It’s a great statement – even though parsed, curated through thoughts of others.  It’s mine – putting it over under our “Things to think over in Trello.”  Maybe we could talk it over with Dr. Marvin.  😊
Posted by Ann Marie at 9:28 AM