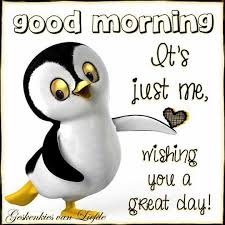 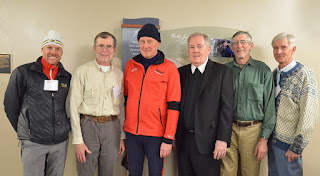 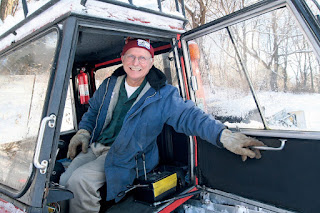 Ok, moving on … I don’t want to be the one that besmirches their memories.  Feel like we want to cry. OK YOU!  YOU WERE DOING WELL!
Ok, new page … Ok, we took a 3-minute break.  Couldn’t do the whole five-minutes, but we got ourselves a fresh cup of coffee and the realization that we’re only 25-minutes left of the hour, and then shower and move on with our day.  We can do it right?  Just maybe don’t think of is as much right now as being hard.  We did water Rich’s garden last night WITH the walker, so it wasn’t too bad.  I enjoyed ourselves after we got out there.  We were happy to dodge the dogs trails out there (gets cleaned-up every Friday), and we could kneel to get the water turned on and off.  That was one of the troubles. And, Rich included before he left, putting water in the watering can to water the front flowers on the driveway next to the garage.  We stole a look at the beautiful flowers all around Joe’s house.  Pswhoo!  Is he a hard worker!  But, last night?  We did good too.  It was the first time taking responsibility to water Rich’s gardens.  YAY!
Did you hear the other good thing that happened the other day?  I’m not sure if we said this, but on Monday – maybe after we wrote last … well on Monday, we had 6,020 steps!!!!  If you knew us, you would know how unbelievable this is.  Before we started this progress in March, we were walking about 1,300-1,800 steps a day, and then we had a couple 3,000 days and a couple 4,000 days – by that time, we had had the three sets of shots to our spine.  But this week???!!!  We not only passed 5,000, but we passed 6,000!!!  We’ve got the hard teacher at gym – her name is officially Laura, and we had laundry that day – so, maybe Mondays are our magic day.
And, the other thing?  Because we are now conscious of raising our numbers and abilities, we took the long walk to Dr. Marvin’s yesterday instead of driving to the valet-parking.  I mean gosh – we just discovered that, and already we’ve surpassed it!  For a couple of dollars more, it is really an outstanding service, but we’re proud of doing the extra walking.  Yesterday’s steps on a NON-laundry and NON-gym day were 3,389 … I mean gosh!  Is that real?
Hmm, Rich just called.  He needed a number and couldn’t pull up the Internet.  He’s out on a boat.  That be our fishyman!  The Lawrence Fish Finder they have is stuck on night vision and they must call customer support.  That was a nice moment with him, BUT just twelve minutes left Grrr.
Let’s go back to that last number … 3,389!!!!  Great “off-athletic” day number.  We’re thinking that we should be setting a new goal for steps so that getting 3,000 or over is a daily thing.  Wouldn’t that shoot up our step-count average!  Hehe
I am just remembering now that we don’t have electricity for our treadmill, so we should deal with that a bit.  Maybe, we’ll be fine on Thursday with another walk to Dr. Marvin’s office, but after that we’ll be gone and should put in 3,000 easy with the quilting girls, and then maybe we need to walk outside, even if it means bringing our walker.  AND, as a plus, we always have that meeting with our back guy coming up on the 21rst.  Hmm, that’s an even two weeks away YAY!  I hate to say I would look forward to a surgery, but we’re REALLY into the thought that we might be a better walker than we had hoped.  If it took one more surgery to deaden those certain pain nerves, I would be all in.  It might be a temporary set-back, but what a trip that would be!  WooHOO!  Beside walking Dakota – we’d be shooting for a long-term goal of, at least, 10,000 steps a day.  It be WONDERFUL!  And, wouldn’t Dakota love it too!?
Ok, last things … what else is on our minds.  We did show Dr. Marvin the notes from our Trello yesterday, but we didn’t get straight to the point of “dead-messages,” except to say that – we needed to talk about eating and physical, and then it gets closed off from our brain.  I’m not sure how we talked about it.
We did share this validating comment, we’d put together the other day …
Be open and self-validating. Direct and star in your own movie by accepting good and bad, and staying in the present. Develop a plan of action by creating steps or tasks that will inspire us to accomplish while exploring - even in the face of adversity. It's an ADVENTURE!
Dr. Marvin had just said something about self-validation and accomplishing tasks.  I’m not sure how he said it, but it was tied into our conversation.  We had him glance at the purple board to check-out a few of our daily schedules that have us working toward being able to not only write and consider ourselves a writer, but also to edit and publish.  He likes to throw in Quilting too, but we’re not up to putting that on the schedule.  Maybe it could be a couple 7-9 shots.  Right now, we’re happy just that we’re coming up to another quilting weekend with the girls.  Ok, one last thing … any thought on Dr. Marvin’s Board?
Ok, there was that conversation as to “why” we write – and that led to building an identity as a writer. And then there was conversation on the gym and the difficulties there.  I think a lot of work convincing us that we could keep this up even after canceling Ramsey’s class.  That’s the majors, but speaking of … it is now 9AM ... We’re off! Good job!

Top of Form
Bottom of Form